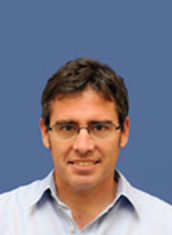 Dr. Yanai Ben-Gal (M.D.) currently serves as the Acting Director of the Department of Cardiothoracic Surgery in the Tel Aviv Sourasky Medical Center.

He is board certified in Cardiothoracic Surgery in Israel and licensed as a New York State Physician as well.

From 2008-2010, Yanai served as an Attending Surgeon and Associate Faculty at the Columbia University Medical Center – New York Presbyterian Hospital in New York.

Prior to that, he served as an Attending Surgeon in the department he currently heads.

He has received several awards in connection with his work in Cardiothoracic Surgery and has several notable publications in this area.